The head of the Nonnenmacher family in Berg was Marcel and his wife was Catharina. Marcel was a clerk in Berg, in addition to several other occupations over the years. He is mentioned in more than 50 baptismal records. It appears that he was the son or nephew of Martzel Nonnenmacher, a farmer in nearby Rexingen. (A stepdaughter of the late Martzel Nonnenmacher was married in Rexingen in 1715.)

At this time, Nonnenmachers lived in the nearby villages of Weyer and Rexingen. They appear in the records of Berg, Drulingen, Boquenom/ Bockenheim, Lorentzen, and Weyer. Marcel seems to be the first to live in the village of Berg. The earliest record of him is in the registers of the Drulingen church where the Berg and Thal Parish records were set down in the years between 1703 to 1712. It seems most likely that he was born in Rexingen.

New Information on Marcel.  In the hope of finding Marcel's parents, I researched the records of several churches near Berg. My findings are mixed. I found the February 1666 marriage record (recorded in Bockenheim/ Bouquenom) of a Marcel (spelled variously) Nonnenmacher and Catharina in the parish of Weyer of the right age to be our Marcel's father. This couple had a son christened Hans Nickel in November of 1666, but then they disappeared from the Weyer records. By 1670, a Marcel and Catharina Nonnenmacher appear in nearby Rexingen. In December of 1702, a Martzloff Nonnenmacher and wife Barbara have a son baptized. In 1715 a stepdaughter of the late Martzel Nonnenmacher was married. This is likely the same Marcel that lived in Weyer, and he's pretty likely to be the father of our ancestor. It doesn't look like there are any surviving church records to prove this possibility.
----------------------------------
The document below shows the first appearance of the Berg Nonnenmachers and their children as witnesses at baptisms in Berg. The witness is the first name on each line. Next is their relationship to the head of the house, Marcel, followed by his occupation, town, and the date of the baptism. The last three columns provide the location of the source in the Berg Church records (on-line): the digital book (B 1712 - 1749), the page number, and the record number:  SOURCE: BERG CHURCH RECORDS ON-LINE, JUMP TO THE LINKS PAGE

​NOTES
Marcel Nonnenmacher of Berg may have been married twice.  A 1702 baptismal record in Lorentzen for Marcel and Anna Barbara Nonnenmacher's son, Hans Caspar, was witnessed by Hans Feuerstein, carpenter of Thal.  The other possibility is that Anna Barbara is the second wife of an older Marcel Nonnenmacher of Rexingen who was probably in his early 60s at the time.
Later, in the registers of the Berg Church, Marcel's wife appears only as "Catharina", but her name is written Anna Catharina on some of the records of the nearby Drulingen Church.  It's a pretty good bet that her birth name was Anna Catharina.

The burial records of Hans Martin and his wife record him as Johann Martin, but he was baptized "Hans Martin".
​
​Hans Conrad does not seem to appear anywhere except in his baptismal record.  He most likely died during the "Drulingen years" and it appears that the burials recorded in Drulingen for the Berg and Thal Parish have not survived.

​Daughter Catharina was baptised "Anna Catharina", but she was usually recorded as just "Catharina". The birth/baptismal records of Joseph and Hans Theobald give the names Johann Joseph and Johann Theobald.  The majority of the people in Berg and Thal were known by their middle name so this repetitive use of first names caused no confusion.

​NEWS FLASH RE: CATHARINA.  In 2018, a French cousin discovered (rediscovered actually) the baptismal record for Anna Catharina in the records of the Drulingen Church.  She was born on 2 August 1711 at midday and her father was given as Marcell Nonnenmacher.  (These particular baptismal records do not give the mother's name.)  --Additional Nonnenmacher records in this church: on 10 July 1704 Hans Martin was born, on 23 October (8bris as it appears in the record) 1706 Anna Christina was born, and on 9 May 1709 near evening, Hans Conrad was born.  This seems to be the only record anywhere of Conrad, so his life was presumably pretty short.

BIRTH DATA FOR THE NONNENMACHER CHILDREN

​​​​MARRIAGE RECORDS OF THE NONNENMACHER CHILDREN

1)  Jacob Scheurer, Daniel Scheurer of Thal's legitimate son, with Anna Christina, Marcel Nunnenmacher of Berg's legitimate daughter, after three proclamations from the chancel in the Church at Berg became married.  -After many years, Christina is widowed and marries Ludwig Freund.  She lives to be 77, dying in 1783.

4)  Johann Theobald Nunnenmacher, Marcel Nunnenmacher of Berg's legitimate son, with Anna Eva, the late Jorg Klein of Rexingen's single daughter after three proclamations from the chancel in the Berg Church publicly became married.  Interestingly, Anna Eva and her sister Catharina Klein Nunnenmacher just above were the step-granddaughters of an older Marcel Nonnenmacher of Rexingen. 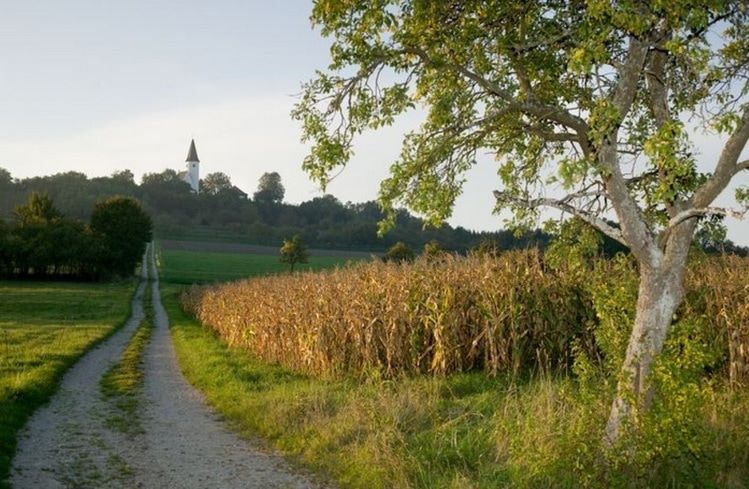 THE BERG CHURCH FROM THE WEST EDGE OF BERG